Verlander wasn't Verlander today,
But KC's pitcher Guthrie didn't shine,
With lots of fly balls popped up into play,
And Billy Butler splitting through the pine.

Verlander had an error in the first,
They had a passed ball later in the third,
He pitched around Butler with two outs,
Against JV Butler hits really well.

By the fourth inning, it was all tied up,
Cause Salvador Perez drove in two runs.
The Royals loaded the bases in the Fourth
With no one out, Verlander needed help.

He walked Mustakas to walk in a run,
With bases loaded, that was not too good,
Chris Getz twisted his ankle in the fifth,
And Hosner fell and didn't make the tag.

Avila's double ties it up five-five,
Muostakas homers, making it six-five.
Billy Butler's beef was accurate,
The ball did hit the ground off his foul tip.

Smyly retired the side, like one-two-three,
But Holland, the Royals closer, was too good.
Martinez thought he had a tying homer,
But it fell short, and so the Tigers lost.
No comments:
Labels: baseball, poetry 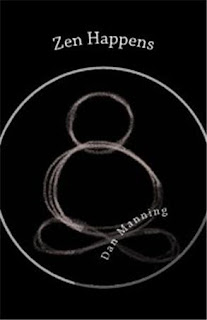 Hey now! I wrote another Zen book. You can order it here, if you like: http://amzn.com/1490936688
No comments:
Newer Posts Older Posts Home
Subscribe to: Posts (Atom)