More BS about the universe 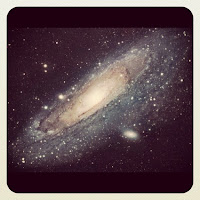 The question of the origin of the universe is simple, if you ignore one of the assumptions people seem to have:

What if the universe was just always there?

There is no "origin of the universe" if it simply always existed.

Why do we assume it had a "beginning" point?

Everything we see seems to have a beginning, middle, and end; but those things are just combinations of other things.  Things are composed of atoms and molecules for awhile, and then they decompose.  They are made of "universe" stuff.

The universe itself, since it encompasses "everything" cannot be a composite thing.  It has no beginning, middle, or end.  It cannot be put together, since it is already "together" as the set of all things.

And it cannot "decompose," because where would its individual parts go?  Its parts must always be "in" the universe.

The things we see are all part of a subset of the set of all things; they are composed of other things, and they have beginnings, middles, and ends.

But the universe is the "set of all things."