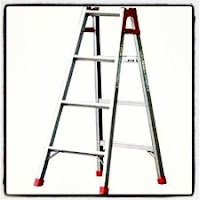 These rags hang about me in sad rot, sad, unclean decay, and they steam in the fiery heat of the banks of the very river of fire, the great Styx. I am beyond worrying about my appearance. It does look ominous, however. Cowl, scythe, bony being, I.

And I am called a Monster. Death they call me. So I try not to be seen.  But they call me. The old. The sick. The unfortunate. The violent. The mad. The addicted. The suicides and fools.

They call me, so I go. To roadsides and bedsides and everywhere my little trade takes me. Almost always unwelcome. Sometimes unlooked for. Almost never embraced.

So they call, and I go. But mostly, I arrive unbidden. To roadside wreckage. To chest-clutching, obese alcoholics. The occasional aneurysm at a sales conference. The backyard barbecue, the late night snack that only goes halfway, and stops up the pipes.

One minute before the paramedics, five years after the diagnosis, or, SURPRISE! On someone's birthday, or Christmas Eve, or on some random Tuesday afternoon, when no one expects me.

Sometimes the television is on, stared at by unseeing eyes. Sometimes I will sit on the sofa next to my cooling charge and we will watch together: fitness infomercials and news stories and cooking shows. Sometimes we sit for days until the concerned neighbor or adult child finally starts banging on the door.

And always, the cell phone. Sometimes still in the very cold hand, it will ring and ring, until it goes to voicemail. And after awhile, it will ring again. A corpse can get a lot of texts. I never read them, because I would be tempted to answer them.

In the silent forest, the sightless man glares up at the cold, cruel stars. And there's his cell phone. The opening strains of "The Final Countdown" echoes among the redwoods. Does it make a sound?

"Your troubles are over," I always want to say, "relax." But they never see me. They are often in no condition to relax. They only relax afterward. But before, there is always some glimmer of hope in all that fear, so I am only a hint. Only an idea. They cannot truly imagine.

I like my work piecemeal. I don't like when they die wholesale, but they do. Oh, slaughter most foul, much too often. When it is a large group, they sing a dirge as we plod slowly along, single file to . . .

Yes, you. Because someday, you and I will meet. Any random Tuesday maybe. In the afternoon, or early some frosty winter morning. Could be later today, or in about a week, or a year, or a lifetime from now, but you should remember. Do that thing you were planning sooner than later. Remember me, and all arguments should cease. Say that thing to that someone now, not later.

And remember: if it says, "NOT A STEP," take heed.  You would be surprised how many people ignore that to their peril.