when attacked on the wing, open the center.

a flank attack is best met by a reaction in the center.

the longer it takes to win, the more difficult it is to win.
"As a rule, you should try to occupy a blockading square with a piece." - Karpov
if the tactics aren't working out, switch the move order.
For a plan: ask yourself what you would do if you had two or three moves in a row.
Make your opponent make the captures in your favor.
Throw out the move, but not the idea.
Patzer sees a check, patzer plays a check.
When behind in space, trade pieces.
If your opponent's pieces are working better than your own, trade them off.
Fixed or blockaded pawns become stationary targets.
"...a winning position can and has to be improved and perfected before material is won and it becomes a technical win." --Seirawan
Try to create play on the side of the board on which you have the advantage.
When faced with e choice of protecting a passed pawn by a rook (passive role) or sacrificing the pawn to make more active use of the rook, after careful consideration, sac the pawn.
The rook belongs behind the passed pawn, yours or the opponent's. --Tarrasch
In isolated pawn positions, trading pieces benefits the player who is facing the isolated pawn.
The player who has more space tries to keep pieces on the board.
Open positions favor the player who is better developed.
Invite all your pieces to the party!
No comments:
Labels: chess, chess axioms

Should I participate in social media?

Should I participate in social media? Should I engage with it, spend my time on it, pay attention to it? What is it? The gibbering of millions of chimps, extorting me with their dumb ideas. Now I am one of these chimps as well, begging for attention, spewing forth nonsense, unwelcome and unasked, unto an apathetic non-audience of imaginary people. Yet here I am, and here it is, a collection of half-wit words, tapped carefully on a keyboard, a non-message, a scream into the void. Here I am! Here I am! Look at me! Aging, stupid, making no progress, unheard, unseen! Should I participate in social media?

Of course. And here I am. This thing unposted will be cut. It will then be pasted! To multiple platforms! A platform, like the trapeze platform. I am ready to do my tricks. Now can I say something outlandish? Something controversial and new? Of course not. For if an infinity of monkeys on an infinity of typewriters can accidentally reproduce the entire works of Shakespeare word-for-word, then with the Internet, everything has been said, whether it should have been said or no.

This was a writing exercise. Should I participate in social media?

Is there no pity sitting in the clouds
That sees into the bottom of my grief?
Juliet, R_and_J III.v
No comments:

In Hamlet, Act 4 Scene 5, a GENTLEMAN describes Ophelia’s madness to the Queen.

That carry but half sense: her speech is nothing,

Yet the unshaped use of it doth move

The hearers to collection; they aim at it,

And botch the words up fit to their own thoughts;

Which, as her winks, and nods, and gestures

Indeed would make one think there might be thought,

Though nothing sure, yet much unhappily."

“Leisure follows the consumption pattern,” Alice said, “and is managed by an industry that sells boredom-compensating commodities.”
The Quick and The my Dead by Joy Williams
No comments:
Labels: books, quotes

Remember, You Leave a Mark on The World 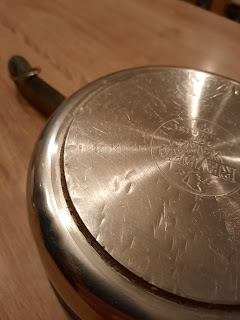 “What are the marks on the back of this pot?”  The old man complained in his kitchen.
Then his eyes welled up, and he sat down.
“These are the marks that the children made,
Banging their pots to ring in the year.”

I just realized that the best weather of the year is during the week before my birthday.
No comments:
Labels: weather
Older Posts Home
Subscribe to: Posts (Atom)