The Army first reached out to parents in 2005 as part of its Army of One campaign by advertising giant Leo Burnett. These ads were directed by Samuel Bayer, who made his mark directing Nirvana’s “Smells Like Teen Spirit” video.

Hell, why not? I can write funny stuff for talk shows. Hire me to write your funny material. How hard can it be? Half the stuff on late night isn't that funny anyway. Except the Daily Show. I don't have the moxie for that.
No comments:
Labels: writing

Today I did many things. I installed AV software. I exported contacts and calendars. I taught basic networking and backup procedures. I uninstalled bad software. I uninstalled bad software that had cost this company a lot of money. I replaced that software with .CSV files. The RFC dealing with Comma Separated Values is RFC 4180 and is found at this address: http://tools.ietf.org/html/rfc4180. All of this makes me sound like a smarty-pants, but those of you in the know know better. a CSV file is a text file. Text files are cool.

Then I networked network printing goodness, which, as all of you know, makes its own gravy. Then I had two hamburgers and a regular order of fries at a new place I've discovered, McDonalds. Then I drove home. Then I went to the gym and ran on the treadmill and did some sit-ups and lifted a few weights.

Later I'm going to drink wine and watch TV with the missus. Before I do that, I'm going to work on my bestselling novel. After all that I'm probably going to go to sleep. While I'm asleep I'm probably going to dream about stuff, but I won't remember that stuff when I wake up because I rarely remember my dreams, and that's too bad, because I probably dream all kinds of cool stuff, like I have super powers or something. If I had super powers, I'd fly around and right wrongs. I'd fly around in my 2002 Ford Taurus, ending wars and bringing down a healthy can of whoop-ass on a lot of rich bastards. ("waterboarding isn't torture? then you don't mind trying it out for yourself huh?") I'd cure cancer and grow limbs back on all the people, and fuse spines and cause corn to grow in places like Darfur. I'd turn all land-mines into pumpkins and all automatic weapons into those plastic tubes you spin around, and they whistle? You know, those orange and green flexible tubes, and the only reason they are there so kids can spin them around and they whistle? The problem with those, at least when I was a kid, is that eventually we'd get bored and start wailing on each other with them, and that hurts. Almost as much as hot-wheel tracks. Ever get beat with a hot-wheel track? Those orange pieces of plastic about a yard long? That hurts like a m0thrfckr.

My friggin' dog is outside barking. Ginger is a beautiful dog, but she's the last friggin' dog we'll ever own because I'm getting semi-old and I'm sick of messing around with the dog, but of course, whenever I see her I immediately start baby-talking to her, and I'm pretty sure if anyone hears me they'll think I'm a crazy person.

I downloaded the movie NETWORK on the tivo, and I'm looking forward to seeing it. I saw this crazy paranoid video called THE ZEITGUIST on Google Video and now I'm all conspiracy theory in the head. But not really. I still don't buy the "911 was an inside job" theory, even though it is true the neocon fascists used it to invade Iraq. That's okay, I'm so tired of being outraged I'm not outraged anymore.

~ ~ ~
undersimplify. I just woke up and was thinking that word, and I thought, "damn, I bet no one has ever thought of that word." Undersimplify would mean to make things too complicated, as in, "You're undersimplifying this. It's not that hard."

But Alas, I Googled it, and yes, somebody else already thought of the word "undersimplify".

But it is a damn fine unword nonetheless.

From the book Game of Shadows:

Full grown men don't do that. At least they're not supposed to.
No comments:
Labels: sports

this is one reason is why network news sucks:

Barry Bonds took steroids, and baseball has a steroids problem. How much time did they spend on this? 4:48. Almost 5 minutes on a stupid game.

The second story? A typhoon kills at least 1100 people. Time spent: 1:33. Less than two minutes on a catastrophe bigger than 9/11. Not only were those people killed, but their farms and homes were destroyed.

If every professional baseball player overdosed with steroids and died tomorrow, the world would be a better place because baseball is stupid.

How to Cure a Hangover - Mahalo

How to Cure a Hangover - Mahalo
No comments:

Please God, send us some more water so we can waste it!

By GREG BLUESTEIN – 1 day ago

ATLANTA (AP) — Georgia Gov. Sonny Perdue stepped up to a podium outside the state Capitol on Tuesday and led a solemn crowd of several hundred people in a prayer for rain on his drought-stricken state.

"We've come together here simply for one reason and one reason only: To very reverently and respectfully pray up a storm," Perdue said after a choir provided a hymn. link

Isn't God the one holding the rain back in the first place? I mean really. And if He has a reason to send a drought down on Georgia, maybe it isn't our place to try to talk him out of it.

There are home owner's associations that won't allow people to hang out their laundry. No, that would ruin the aesthetics of the neighborhood. There are people who dig wells in their own yards so they can get past water restrictions. Not so they can save water, not so they can cut down on usage, but so they can water their lawns.

Yes, I think I know why God is causing droughts, fires, floods, and hurricanes all over the planet: God is trying to save the planet by wiping out the stupid, undeserving, fossile-fuel burning warlike primates that can't take a hint.
1 comment:
Labels: Global Warming

the fastest car in the world

No, you can't have your day in court. Now shut the f**k up and pay your parking ticket.

In an attempt to stem the loss of revenue from motorists contesting parking tickets, cities are effectively eliminating the traditional due process rights of motorists to defend themselves at an impartial hearing. By the end of next year, Washington, DC's Department of Motor Vehicles (DMV) will not allow anyone who believes he unfairly received a citation to have his day in an administrative hearing.

"DMV will complete the phase-out of in-person adjudication of parking tickets in favor of mail-in and e-mail adjudication by December 2008," the Fiscal Year 2008 DMV plan states.

The move is intended to allow automated street sweeper parking ticket machines to boost the number of infractions cited well beyond the 1.6 million currently handed out by meter maids. As one-third of those who contest citations in the city are successful, the hearings cut significantly into the $100 million in revenue tickets generate each year.

Under the DMV's plan, motorists will only be able to object to a ticket by email or letter where city employees can ignore or reject letters in bulk without affected motorists having any realistic recourse. That's not good enough for residents like Emily Miller, who told us that being able to present her case in person was essential. The Sunday school teacher was found not guilty at an administrative DMV hearing in June of driving with an open container of coffee. She was so thrilled with her victory that she decided to fight a parking ticket issued to her in a location where the parking signs were contradictory.

Motorists in many cities besides DC complain about unfair citations. So far, Baltimore, Maryland's Inspector General has uncovered 10,000 bogus parking tickets issued to innocent motorists. In Boston and other cities in Massachusetts, motorists cannot challenge a $100 parking ticket in court without first paying a $275 court fee. If found innocent, the motorist does not receive a refund of the $275.

today i stopped at 4 places and fixed computers. one of the houses was very large. i ran 4 miles and now i'm typing this. some other stuff happened.

thanks for stopping by. if more stuff happens, i'll type about it here.
No comments:
Labels: generic blog post 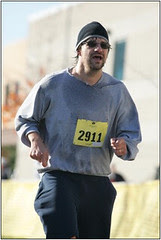 behold my awesomeness!
No comments:

You have to have a little "me" time once in awhile. So this Friday, take a few more minutes on that smoke break. Take your time coming back from lunch, or don't come back at all if you can get away with it. Surf the Internets when you are supposed to be working. And while you do your actual work, don't give a 100%. Give 40%. You and I both know you're not getting paid as much as you're worth. Remember, you are the "me" in "team".

That's my motivational team-building snippit for Friday. Use it in staff meetings or at any other place where people are all like, "rah rah go team."
No comments:
Labels: dumb stuff, generic blog post, stupidity

Savannah: "Dad, can we play the Wii?"
Me: "I'm watching Southpark!"