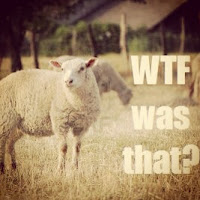 
There is none, but there is a close, close approximation.

I have watched this movie many time throughout my 46 years, because I am that way.  I think it is hilarious, and I have always thought, that at the end of the movie, they summed it up in an offhand way with this quote, which I had memorized for along time, being a Monty Python fan.  It goes like this:


M-hmm. Well, it's nothing very special. Uh, try and be nice to people, avoid eating fat, read a good book every now and then, get some walking in, and try and live together in peace and harmony with people of all creeds and nations.

And for years, I thought this was a great summary of some good advice, but it isn't, of course the MEANING OF LIFE, as the movie title suggests, but just some sound advice, and it's funny because it is basically saying, "there isn't any meaning of life, just be nice."

But last night, watching the movie again, I finally found, after close to thirty years of loving this movie, the true nugget of the film.  It happens in a board meeting of otherwise douchebag executives.  One of them starts off asking about "item six" on the agenda. 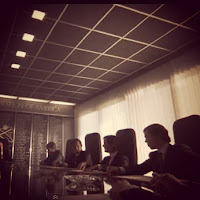 Exec #1: Item six on the agenda: "The Meaning of Life" Now uh, Harry, you've had some thoughts on this.

Exec #2: Yeah, I've had a team working on this over the past few weeks, and what we've come up with can be reduced to two fundamental concepts. One: People aren't wearing enough hats. Two: . . . this "soul" does not exist ab initio as orthodox Christianity teaches; it has to be brought into existence by a process of guided self-observation. However, this is rarely achieved owing to man's unique ability to be distracted from spiritual matters by everyday trivia.

Exec #3: What was that about hats again?

This is the entire crux of the movie, and I have been missing it for thirty years.

As Americans, whenever we face dire, complicated, and urgent problems, we must remember to follow a few simple rules:


I think with these simple rules in mind, America's future will be better, brighter, and more civil.  Freedom.
No comments:

Display our Clutter
Very Bright!
Without you,
We would have no Sight!


Edgar Allen Poe
Curled up in the street.
The winds of Baltimore
Cooping election day.
"In great Distress."
Baltimore Poet.

Threadbare ankles
Dirt and grime
An alcoholic's pounding brain
In someone else's clothes.

Fevered Baltimore Poet
Curled on the street
Beside a dingy wall.

In a stranger's clothes

Griswold was not amused.
False obituaries, false memoirs.
Defended by Baudelaire,
A Raven made famous.
Small man
Now frozen in Black and White.