Seven silence towns ago,
We shopped the Quick Stop,
Row by row
We bought some jerky, and some beers,
We are Ninety-Four Chrysler charioteers.

Seven silence towns ago,
Around midnight,
We drove real slow
We saw a cop harass a drunk
On a broken sidewalk near the dump.

Seven silence towns ago,
The strip malls lit, with space to lease,
The triangle flags festooned the lots
Of used cars holding down balloons
That in the night were all dark gray.
(Our business shuns the light of day.)

The body is wrapped in carpet old,
We diligently did as we were told,
'Dump him Seven towns away,'
(The Boss likes business done that way.)
He did not pay: away away,
He cried and begged, but the carpet he stains,
And police dogs will find his stinking remains
Seven silence towns away.

Outside Firestone
They use painted chewed-up tires
Instead of wood chips.
No comments:
Labels: haikus, poetry

Phone calculator,
How much are these baseball cards?
Thirteen cents a piece.
No comments:
Labels: haikus, poetry

#16 THREE SODAS AND A BANANA

Nineteen to zero
Vuvuzela argument
Why can't I shut up?
No comments:
Labels: haikus, poetry

#17 ONE POPEYE-ARMED MAN AT THE COFFEE SHOP

Popeye-armed grandpa,
Why was your arm so bloated,
Man from U.P.?
No comments:
Labels: haikus, poetry

False accusations:
I let them get me upset.
Just fix the guide wire.
No comments:
Labels: haikus, poetry

5/4: Janet Jackson's 1986 hit, "When I Think of You" from her Control album, while using the facilities at the 44th ST Burger King.  That hit was followed by Steve Miller's "Rock'n Me".
No comments:
Labels: muzak moments 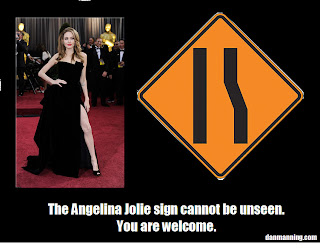 I may not have come up with this first, but I came up with it myself.

(ring ring ring) Directory Assistance.  How may I help you?  Look Mr. Croce, I'm sure everyone at Southwestern Bell is very sorry for your romantic difficulties, but other people would also like to use directory assistance, and the information you are providing is unnecessary.  We can place the call without it.  Can you just read the numbers that are legible on the matchbook?  That would be more helpful. Yes. Yes Mr. Croce, that IS the way they say it goes, but if you could just read--.  Well wipe your eyes and I'll read the number again. So you no longer wish to make the call?  Hello? Mr. Croce?
No comments:
Labels: dumb stuff
Newer Posts Older Posts Home
Subscribe to: Posts (Atom)